Ok I admit it I can’t deal with Yom Kippur. I’m sorry for my sins and all but fasting is pretty much my worst nightmare. If the old man synagogue breath isn’t bad enough, I’ve actually never made it through the whole day fasting. I lie every year and tell my grandma that I “fasted well”.

You may remember my old post here about ‘fat moments‘, or moments where I’ve acted, quite shamefully, like a complete fatty. Today is the Yom Kippur edition.

One time I made it to 3pm without eating. Whilst my mum was tutoring maths to my cousins I decided to bake cupcakes for the evening. I proceeded to make the batter… a little taste here, a little taste there… before I know it there was hardly any batter left. I threw the rest away and my mum never knew I even started making cupcakes. My rationale is that God turns a blind eye to uncooked foods…. he would do the same in my position.

The following year I made it successfully till about 4pm. I was starving but felt skinny. I went upstairs to have a nap and my dad had left an M&S Halloween ‘chocolate bucket’ (the best type of bucket) on my bed. I ate one, then two, then the whole thing (about 4,000 calories). I fell asleep in the midst of the glimmering foil. It was the best sleep ever.

One time I was chewing gum in front of the Rabbi and he told he that I had technically broken the fast. So I went home and binged. May as well throw the baby out with the bath water and all.

Do you have any Yom Kippur fat moments?

As my grandma would say… Fast Well!!

This entry was posted in Lols and tagged dieting, festival, jewish, yom kippur.

Last Friday I went to register with a new doctor. Simple enough I thought. Until I saw this health-computer-booth thingy which took my measurements. I had to weigh myself as part of the new application. Shit. I’ve been avoiding scales for weeks now. Anyway, I stood on them and was greeted with this:

Even a machine judges me! This was a huge wake up call to sort it out and get back on track. For all my lovely readers, I apologise for letting you down by not writing (or dieting) for the past month. I admit it I fell off the fat bandwagon. Buttercream got the best of me. I’ve managed to lose 6 pounds in 5 months. If I carry on at this rate it will take me 3 years to get to my goal weight. That doesn’t take into account all of the buttercream events such as Christmas, Birthdays, Best friends birthdays, bad days at work, good days at work, boring days at work, busy days at work. Basically I’m fucked all year round because buttercream is good for all events (even shivas). I just need to bring back that motivation. I’ve been slightly embarrassed to write for a while due to my lack of results, but this blog is built on honesty. Therefore I can honestly tell you that actually I’ve only lost 5 pounds. Soz. However I’m pleased to tell you that I’ve been back on it for 3 days now… I even had minestrone soup for lunch. So old school.

Anyway, if anyone is still out there, thanks for sticking with 🙂

I’m not exactly proud of my fatter years, but sometimes I look back and laugh about how much of a fat-man-mentality I had (… or have). I stumbled across this hilarious forum the other day – “What’s the fattest thing you’ve ever done?”. I truly admire the honesty, whilst feel slightly disgusted at some of the confessions. In the spirit of the post I thought I’d share with you some of my fattest things I’ve ever done….

1. When I was 16-ish (during my fattest period) I used to skip sports afternoon on Wednesdays, go home for lunch and order the “Pizza Hut gut buster”. I used to get a stuffed crust pepperoni pizza (my mum is going to KILL me for admitting that) and cheesy nachos. I used to eat the whole thing, but that’s not even the worse part… it would come with a tub of Ben and Jerry’s cookie dough but I’d be so full I’d melt it in the microwave and sieve out the ice-cream, leaving just the cookie dough chunks.

Getting stuck in the pool

2. When I was 17 I was playing waterpolo in the school pool and I got my fat arm stuck in the side of the pool. Everyone had to get out of the pool and they called in engineers to get my arm out. Lucky enough I managed to pull it out before it got too embarrassing.

3. Good Jews have to fast for 25 hours once a year for Yom Kippur. I’ve never quite made it through the whole day. One year I decided to bake a whole batch of cupcakes for the evening post-fast family feast. However I found myself eating half the batch and got so embarrassed that ate the rest and never told my mum that I even baked them in the first place.

I want to know your fattest moments – if you want to remain anonymous email them to me – marcyj@hotmail.co.uk. Be honest! We’ve all been there hunny

This entry was posted in Lols and tagged blog, diet, healthy, humour.

5 reasons why fat people and summer don’t get on

I was meant to lose 4 stone by summer…. that’s great and all but we’re on the 14th of June now and I’ve lost 4 pounds. Maybe I meant Australian summer. Anywho – most people love the fact summer is coming… short shorts on, guns out etc. but for the average fatty sun is like Kryptonite. Here are BJOD’s 5 reasons why fat people and sun don’t get on:

1. Beaches make me sad… and I’m not even talking about the Bette Midler version (only gays would get that joke)

The thin person rules on the beach. Their life spent in the gym finally pays off when they go on holiday and hit the sandy shores. For the average fat person however, it’s incredibly how many places you will find sand in 2 months later. I came back from Dubai about 4 months ago and still finding sand in my belly button.

2. Walking 1 minute in the heat gives you sweat patches

In summer I sneeze and I get a sweat patch. It’s literally impossible to go about your daily activities without being wetter than Kinga from BB6’s champagne bottle. Lol.

BBQ can actually be a really healthy way of grilling nice and lean chicken with salad on the side. Mmm healthy. However it’s also a good excuse to get the ribs on, get the buns and cheese out, and have curly fucking fries on the side. All the best BBQ food is bad for you… burgers with cheese, coleslaw, pasta salad. Mmm mama’s gettin’ hungry!

I kid you not this always happens to me! When I was getting ready for Dubai I threw two pairs of shorts in my suitcase only to remember when I got there that I had previously ripped them down the crotch the previous summer. Whoops

There’s nothing that makes me more sick than seeing some hench sexy man walking down the street in a vest. It just makes me eat more.

Tell me guys, what do you hate about summer?

Fat people get themselves into a right pickle (no pun intended). Why should we be forced to eat horrible diet food just because we’ve slightly overindulged on the way up? Skinny people don’t have 1 calorie dressing, so neither should we. I’ve been thinking about the foods which are essentially great for you on a diet, but are so horrifically tasteless/bitter/non-creamy that it makes you want to cry tears of 1-cal cooking spray. Here’s a list of diet foods which will make any dieter think ‘you know what… i’d rather just be fat for the rest of my life’.

All comments welcome – do you guys agree?

Cottage cheese is like cheese’s version of those two girls who didn’t make it into the club in Kevin & Perry Go Large. The worst bit… it looks deceivingly creamy so it’s actually quite a sneaky cheese

Cakes are meant to have buttercream slathered all over them with a chocolate ganache or something – they are not meant to be dry disks of unhappiness.

Staying with the sad cracker theme… I don’t believe anyone who actually goes out of their way to enjoy Ryvita. Yes the women in the advert seem so happy, but it’s only because they’re fucking the gardner and Botoxed to the max. soz.

It’s become a well known fact that the Weight Watchers range is half food half objects you’d find around the house (wallpaper paste, glue, soap etc.). Sorry guys but the only wallpaper this Big Jew is eating is the Charlie and the Chocolate Factory wallpaper. Yum

This one doesn’t even need an explanation. If God had wanted us to have celery he would have made it more like an avocado.

Getting rid of the yolk is like getting ride of sunshine. The other day I was forced to get rid of a double-yolker… I don’t think I’ll ever forgive myself. In all seriousness though there is a pretty great healthy eating book called ‘Eat the Yolks‘ which goes against this LA-no-yolk culture that has become popular over the past 10 years.

Yes it makes things not stick to the pan as much, but are you going to pretend that it tastes anything as good as oil? Lurpak have just launched ‘Cooking Mist’… as if i didn’t have enough trouble resisting that stuff in solid form.

Readers – what are your worst foods you dread on a diet?

This entry was posted in Lols, Uncategorized and tagged diet, food, healthy, humour.

Here are some of the Google search terms people type in to reach my blog…. my personal favourite are ‘do jewish guys invite girls to froyo’, ‘gay go on a diet’, ‘do fat people gross you out’ and of course ‘can you follow the 5:2 diet during passover?’ WTF?!

I never thought I’d be able to achieve it in my life but if you type big jew on Google I am the first thing that comes up! What an honour. I’d like to thank my parents for giving me all their support, God for believing in me and my IBS (irritable bowel syndrome) for keeping my weight steady.

8 days without bread… what a perfect opportunity to lose a bit of extra weight. It’s like Yom Kippur all over again (I’ve never stuck to either Passover or Yom Kippur btw… too weak willed).

Over the next week I’m going to be posting healthy passover recipe ideas.

BJOD takes Passover (or Pesach) really seriously. Not only because I’ve been singing the ma’nishtana my whole damn life (despite NOT being the youngest in the family) but because it’s a great excuse to lose some weight! No bread for 8 days! For my non-Jewish readers you must think I’m on glue. Well I’m not going to take you through a history lesson, but the basic premise of Passover is that God made 8 days to help Jews lose weight by not giving them bread. Read the real story here instead.

The scientists in the BJOD R&D department  have been really hard at work developing some delicious ways to make matzoh. Stay put for some fantastic ideas next week!!

My friends and I engaged in a battle of meme wars this week. Each of us have a theme for how we get taken the piss out of … from the below you can probably see what my theme is:

Don’t worry, I retaliated in an equally vicious way 🙂 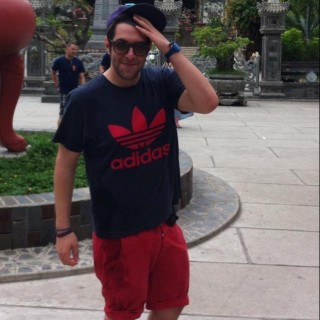